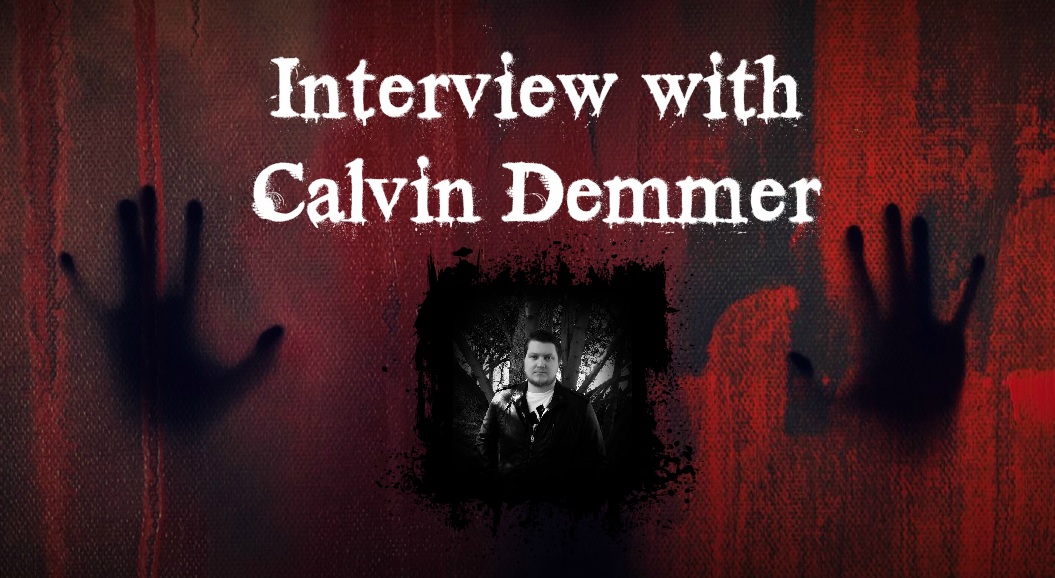 Hi, Calvin! First of all, welcome to Red Lace Reviews! It’s a pleasure to have you here. How are you, and are you ready to delve into some specifics?

Your collection, The Sea Was a Fair Master, was published in June of this year (2018). How do you feel about its positive reception; the majority of readers loved it, is this what you expected?

No. I think that reading flash fiction is either something that works for you, or it doesn’t. I have confidence in my ability to tell an interesting tale no matter the length, but seeing as the majority of readers like the depth that comes with novels, I figured it would have a mixed reaction. I am very pleased readers have enjoyed it, and a few have even said they’d like to find and read more of the short format.

Did you put thought into the particular order of the stories; did you want readers to get around to some quicker than others?

I did. In fact, I think this was the hardest part of the process for me. I wanted a particular flow to the collection, especially as I felt quite a few readers might even read it in one or two sittings. I tried to separate genres, stories that had twists, stories that had a more linear resolution, and I also tried to separate the feelings one might experience. I wanted to create an up and down emotional ride, almost as if you were out on a boat at sea and were being rocked by the waves.

Which tale proved to be the most challenging to write? Maybe the finished piece didn’t entirely sit well with you, or the topic at hand was difficult to convey?

I would say “Graves.” It’s one of the earliest stories I can recall having written. The first draft was probably around 4 – 6, 000 words, and it was a short story, as opposed to a flash fiction piece. The actual tale you read in the collection was kind of an epilogue to the main story. The main story never worked for me, and I eventually decided to break it down into the shorter format. That story was probably in the “working on” file for three years, so I’m happy I eventually found the right way for it.

Which one was the easiest to get down; did it come to you naturally?

“The Snakes or The Humans?” was probably the easiest. I had an idea, sat down to write it, and two hours later I had a first draft that would go on to need very little tinkering or editing.

Are there any you would consider more personal than others? For instance, some deal with pretty heavy subject matters, such as love and loss.

I think there is a little bit of me in every tale, even the ones with the supernatural or more far-fetched plots. I mean, sure, there might be one or two that have a little bit more of me, but not so much I’d single them out above any others.

The sea presents itself as a prominent theme in more than one story, one of those you chose to be the overall title. Is it safe to assume the murky depths are a big interest of yours?

Sure. I’m a huge fan of knowledge and continuing to learn. The sea is one of the great unknowns here on Earth. I’m intrigued by what goes down in the bottom depths. I also find a lot of the stories of sailors and other seamen quite interesting, for instance, how it’s often described as a different world (with different rules) than the land we are all used to. Its mystique lends itself to interesting tales since there is a lot to be fearful of, and to be amazed by, in that watery realm.

Flash fiction, it’s something I wasn’t familiar with before your collection. What aspects of it appeal to you, and do you approach it differently than longer forms of literature?

The short format of flash fiction presents a unique challenge that I enjoy. I approach it with a lot more freedom than other formats, as I have primarily used flash fiction to experiment with genre, style, and sometimes other elements. It’s for that reason I wrote quite a few I trashed early on, but the experimentation does help to open my mind for other flash fiction pieces, or even other longer formats. This freedom to experiment can occasionally lead to something that really works well and is unexpected.

What advice would you give those eager to write flash fiction, perhaps those you’ve inspired with your work?

Have fun. I think that’s what works for me. No matter the subject matter, just go for it and write what you want. You can always come back and edit the story, both in terms of the word count, or to find the right flow for the tale.

Thank you for taking the time to answer all these questions, Calvin! Any closing words to share? Any plans for the future you can hint at, maybe?

Right now I’m battling a few projects, so it’s hard to know which will see the light next, but I’m sure it will be something a little different than what I’ve done before. I also just want to thank you for the opportunity to appear on your site, and to thank all the readers who have picked up The Sea Was a Fair Master.

I wish you luck with your projects, Calvin! I’m sure you’ll overcome those battles. 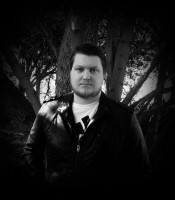 Calvin Demmer is a dark fiction author. His debut collection, The Sea Was a Fair Master, was released in June 2018. When not writing, he is intrigued by that which goes bump in the night and the sciences of our universe.

← Doorbells at Dusk: The Day of the Dead by Amber Fallon
Breathe. Breathe. by Erin Sweet Al-Mehairi →