Into the Drowning Deep by Mira Grant 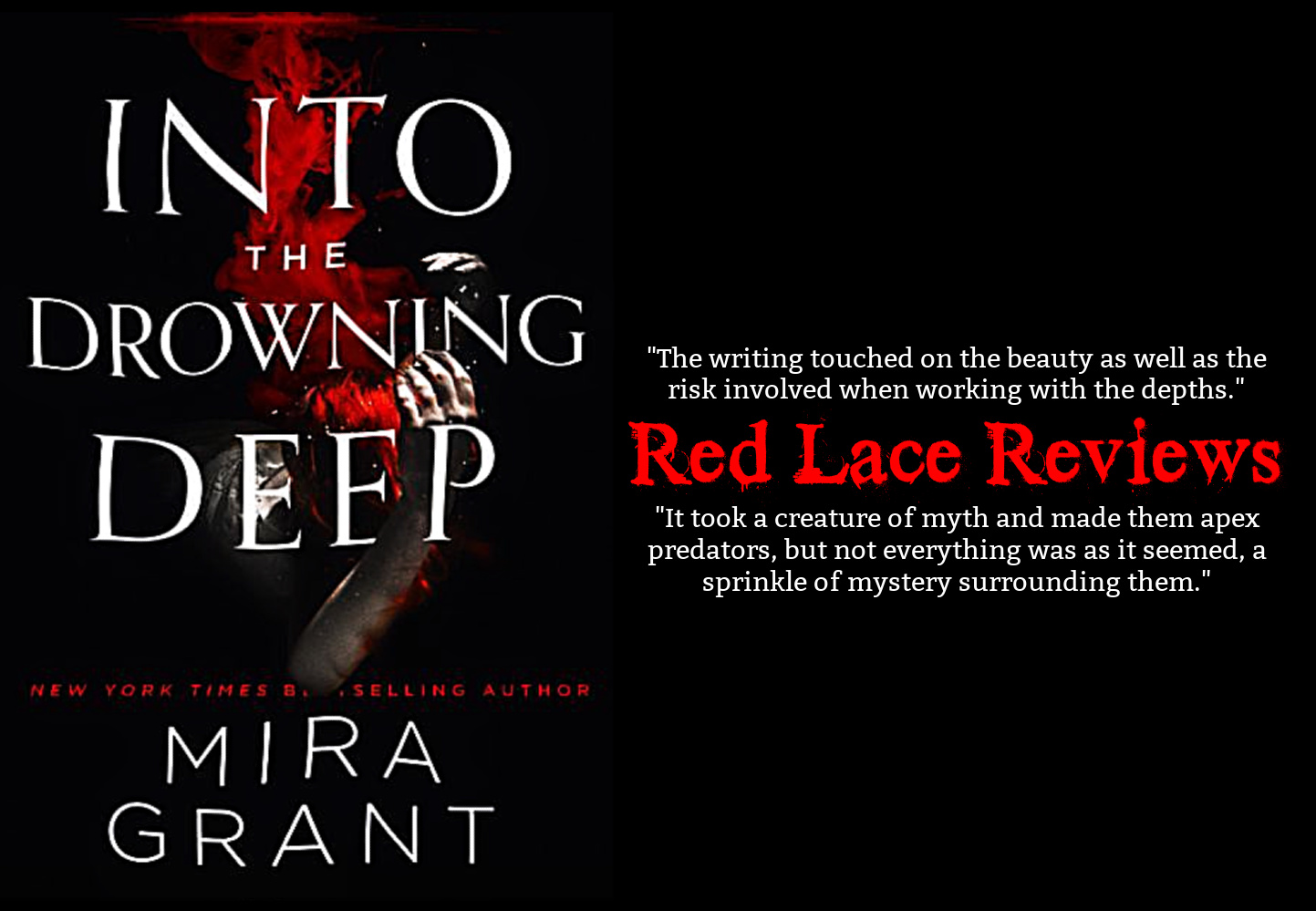 A crew has been assembled following the failed voyage of the Atargatis years prior, seeking answers as to what exactly happened to the ship’s people. Victoria Stewart knows her sister is gone, but she’s unable to rest until the puzzle is solved – are mermaids real? Leftover footage from the Atargatis suggests that they are, and that they’re dangerous, but without proof to show to the world, nobody will believe. It’s up to the Melusine now and its many scientists to do what nobody else has done: prove the existence of monsters and survive the ordeal.

Into the Drowning Deep was first preceded by the novella Rolling in the Deep, which despite having not read, I was still able to fully understand the backstory that related to it. The ocean is a scary place, and yet I’ve read so few books that take advantage of its vastness and mystery, so I was thrilled at the idea of killer mermaids – merfolk can be found in mythology throughout the ages, and I consider them an underrated monster in the horror genre. Grant took the reader on a journey to the Mariana Trench – a very real place that I had to look up and do some research on – with a large number of people, including scientists, armed guards, and a filming crew, all with the intention to either prove of disprove the existence of the legendary water-dwelling people. With a lot of build up, it expressed a relevant narrative on how we as human beings affect the environment, and how the sea often goes forgotten. Grant attempted to educate while telling the story, and there was nothing to disagree with in that respect, I believe I learned a thing or two. The writing touched on the beauty as well as the risk involved when working with the depths; it was all very informative, but then again, its accuracy is beyond me. I assume a great deal of research and knowledge was required, and I admit that a lot of it went over my head.

I enjoyed the diversity of the characters, especially the representation of the hearing impaired, autism, and bisexual and homosexual relationships – there seriously needs to be more variety of people in fiction, a novel like this is an example of how the real world is. Each of the cast stood out in their own way and excelled in their field, with men and women demonstrating equal skill. In that way, I think it displayed something beautiful about the human race: the desire to learn more through science. For me, Heather and Holly were my favourites as they fascinated me, as did the importance of sign language throughout. A particular scene that blew me away involved Heather – I literally felt a whole lot of anxiety, it was by far one of the most memorable things I’ve ever read. The mermaids themselves weren’t the peaceful race often depicted, with Grant implementing some creative twists that were unexpected. Suffice it to say, I enjoyed finding out more about them, even from a scientific point of view.

Unfortunately some aspects brought down the experience for me personally. When it came to the hard science and details about the Melusine itself, I found a lot of repetition as well as info dumps that occurred, sometimes even in the middle of dialogue. It honestly frustrated me a couple of times as I wanted to get to the meat of it; even at fifty percent, nothing really significant had happened. It was a rather chunky book, I therefore thought it took slightly too long to get around to what the reader knew was coming. As for the ending, I also think it missed out on something, as there was a huge reveal that was never explored. I guess those possible loose ends could be picked up in any future additions to the series, I know I’ll be looking out for that.

The audiobook was decent enough, I warmed to Christine Lakin’s beautiful voice, yet it struck me when it came to some male characters that they sounded a little too childish. I suppose it’s difficult to try and make everyone sound different, I know I couldn’t do it.

In conclusion: I liked Into the Drowning Deep for the most part, it took a creature of myth and made them apex predators, but not everything was as it seemed, a sprinkle of mystery surrounding them. Grant also brought to life individuals that were realistic, as well as capable and successful in their work, and I considered them well written. The scientists definitely found what they were looking for in the Challenger Deep, with a certain underwater scene that stood out as distinctly thrilling for me, yet my complaints were that it took most of the book to get fully into the mermaid madness, with a whole lot of information told again and again, especially about the ship itself. Still, I’d be interested in any sequels that come about in the future.

The Melusine was a haunted house. She had been since the day she’d been commissioned.

One Comment on “Into the Drowning Deep by Mira Grant”