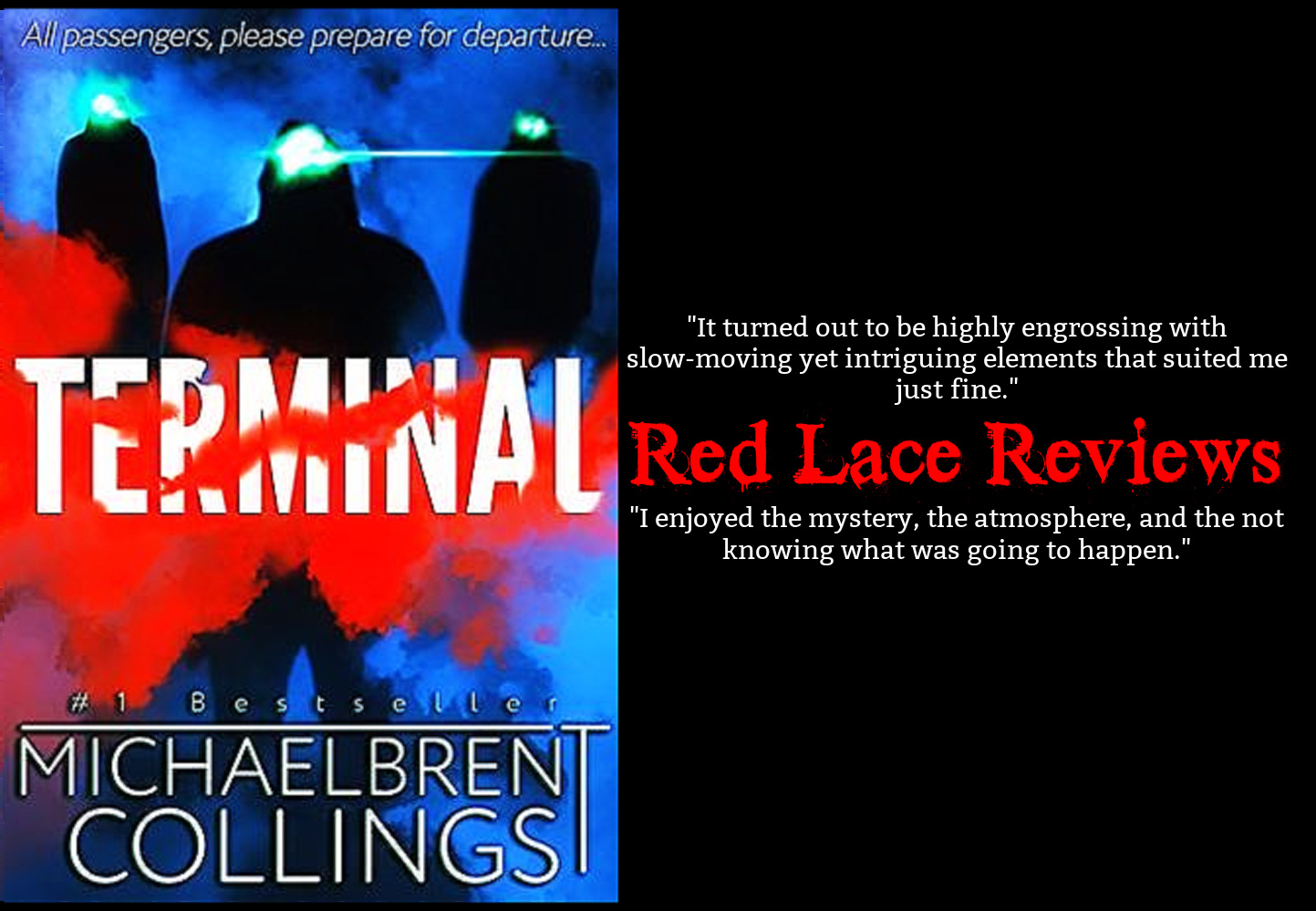 What appears to be an ordinary fog rolling in seems more menacing as ten people are trapped inside a bus terminal, unable to contact the outside world or even step outside the door. They’re at the mercy of an entity calling themselves The Other, and this unknown force instructs them on what to do next: pick the one person that will survive the night. With a limited time, the group must decide on what to do next – find a way to escape the nightmare, or do as they’re told.

I received this book in exchange for an honest review. I thank Michaelbrent Collings for giving me the opportunity.

I had no expectations about Terminal, and to my delight it turned out to be highly engrossing with slow-moving yet intriguing elements that suited me just fine. It’s such a nice feeling to go into something blind and be impressed, and with this being my first Collings novel, I now want to read more of his work. The plot introduced several characters, all from various backgrounds, and all with their own set of morals and secrets that made them individually compelling, especially with the sheer amount of detail involved – seriously, there was so much effort put into fleshing them out. Sure, some were a bit cliched, but I’m one of those readers that often gets confused with names and who’s who, and I had no issue here as each of the ten stood out in their own way. The setting only helped shape them as people, a bus terminal being somewhere that strangers navigate while oblivious to those around them, and Collings constructed a scenario where those minding their business had to actually stop and regard each other, even question their worth as the mysterious presence demanded they single someone out. I wouldn’t describe it as action packed, even though it definitely had its moments, but it was more focused on the psyches of the cast; an in depth look into what made them tick, as well as how much they could take before their sanity crumbled. I related to some, didn’t like others, but I was totally absorbed in their interactions, most notably their convincing dialogue.

The threat that lay beyond the terminal was an impenetrable fog that cut the group off from the rest of the world, and in it were obscure figures conducting their observations, their identities left unknown. The descriptions were ominous, the fog itself unnatural as it engulfed the building with the poor victims inside. It thus encouraged the reader to speculate – was ‘The Other’ extraterrestrial in nature or something else entirely? I know it kept me guessing throughout, the whole concept of a game that provokes the worst in people really appealing to me as I love to see that madness creeping in. Even the most kindest of person can be pushed too far when it comes to life and death, and I’d say that Collings tapped into that primal survival instinct with how he masterfully moved the pieces on the board. There’s only so much that can be done when the surroundings remain the same for such a length of time, but the confined space of the bus terminal felt appropriately claustrophobic rather than stagnant. The ending especially surprised me, I didn’t see any of the twists and turns coming, and I believe it was done well, even if one of them in particular seemed slightly far-fetched.

In conclusion: Terminal was weird, but I wasn’t disappointed. The centre stage was a bus terminal, where ten people were isolated and forced to pick the “winner”, aka the only one that would survive. It went in-depth on backstory and personality of each involved, and while it had some violent and gruesome scenes, it mostly put a spotlight on how the situation was dealt with. I enjoyed the mystery, the atmosphere, and the not knowing what was going to happen. It stood out among my other recent reads due to how different it was, ‘The Other’ and their twisted game getting my attention.

The fog outside cloaked the world in gray nothing, as though they had returned to a pre-Genesis moment.

3 Comments on “Terminal by Michaelbrent Collings”