The Ghost Tree by Christina Henry 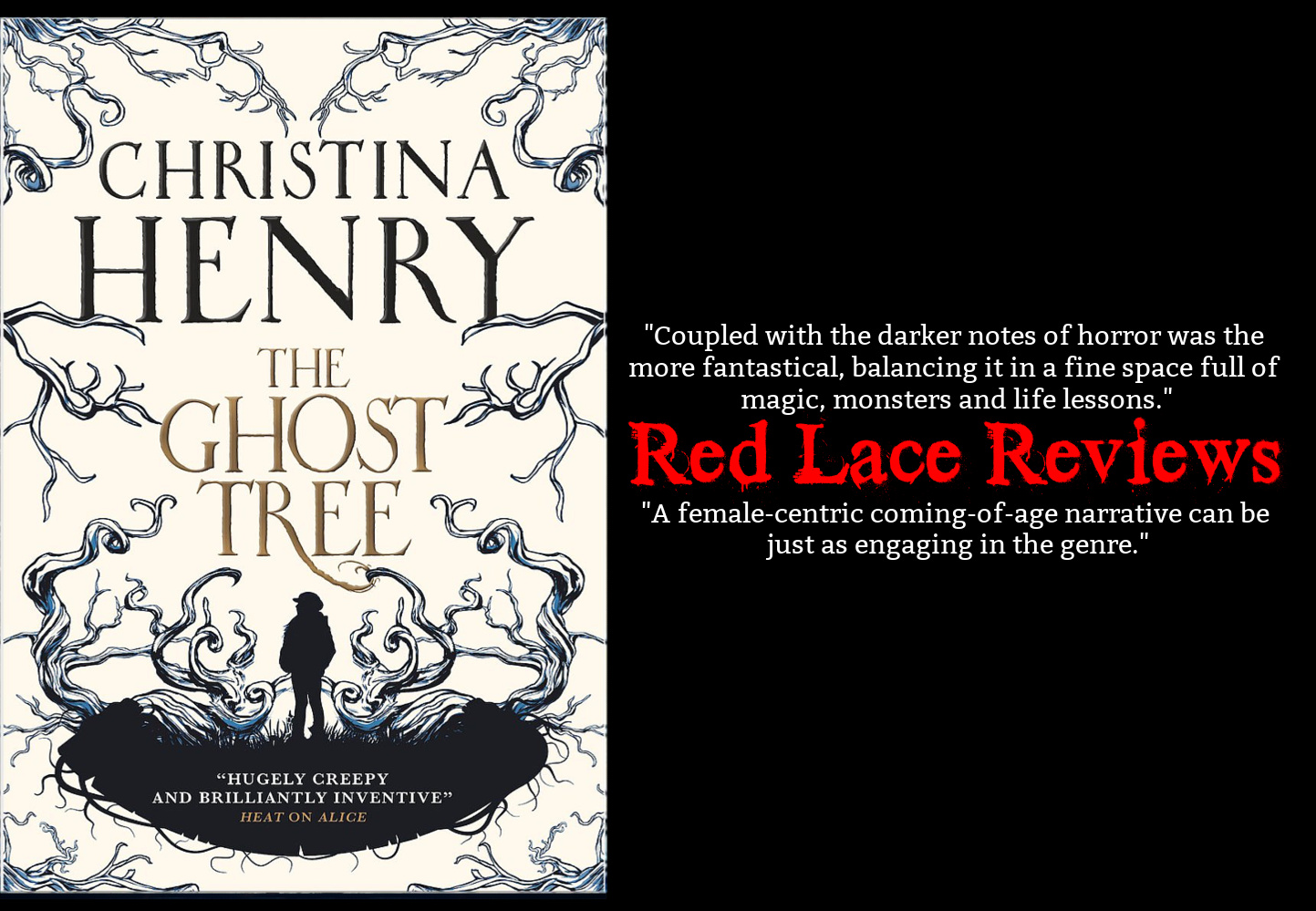 Crime is almost non-existent in Smiths Hollow, apart from the murder of Lauren’s father a year prior, but everyone seems to have moved on from such a grisly affair. Lauren hasn’t forgotten, though, and when she has a vision of a monster in the woods around the same time as the bodily remains of two girls are discovered, she realises Smiths Hollow isn’t as normal as she once believed. While tackling the hurdles of growing up, she sets out to solve the puzzle of the ghost tree and the power connected to it, unknowing of the threat that looms closer and closer.

I received this book in exchange for an honest review. I thank Titan Books and NetGalley for giving me the opportunity.

Getting acquainted with Henry’s work was a real pleasure as, before I knew it, I was completely immersed in the small town of Smiths Hollow, memories summoned from my own teenage days as Lauren struggled with the reality of growing up – everything from her first menstrual cycle, to the unavoidable shifting of relationships and friendships. Change is inevitable, I think that was a clear message throughout The Ghost Tree, proving that a female-centric coming-of-age narrative can be just as engaging in the genre. Henry also included commentary on such things as parental loss and racism, and coupled with the darker notes of horror was the more fantastical, balancing it in a fine space full of magic, monsters and life lessons. With its PoV of several characters, it was always moving in an entertaining direction full of drama and intrigue. It set up a mystery that was slowly unravelled thread by thread, and despite it being predictable in some respects, I felt satisfied with the outcome.

One thing that I really took to was the setting; the idea of a small town where everyone knows each other is quite foreign to me as I’ve never experienced it, but I can understand its popularity as a common trope. Smiths Hollow was much like a character itself, one with its own secrets, as well as aspects both ugly and charming. I really do love when an environment is given so much life, and I believe it’s partly responsible for my enthusiasm in returning to the book until I reached its end. The lore that was described – fairy-tale-esque – was probably one of the biggest highlights, delivering the occult in a captivating way, as well as giving even more identity to the town. However, I can’t say I was nostalgic about the time period in which it was set, the pop culture references were mostly lost on me due to it being a bit before my time.

I wasn’t a hundred percent on some elements, most notably Lauren’s romantic interest and how the topic of sex was presented throughout Miranda’s storyline. Age gaps don’t bother me when it relates to adults, but I felt a bit weird reading about a fourteen and eighteen-year-old, not to mention Miranda’s desperation to lose her virginity, which resulted in a very, very, dark conclusion. I get it, at that age it’s hard not to be controlled by raging hormones, and teenagers do have sex with older people, so I guess you could say Henry was scarily realistic in that way, but I couldn’t exactly warm to it. Then there’s the character of David, who despite liking, I didn’t see much point in his ability other than a possible plot device; I preferred Lauren’s mystical power much more, as subtle as it was. I understand the intention of a creepy little kid, but I think there should be more to it.

In conclusion: The Ghost Tree told the tale of Smiths Hollow, a town in the 80’s that suffers a horrendous crime. Following multiple characters, it was easy to love some and hate others; it did well in showcasing a divide of personalities. I was able to relate to the main protagonist, enjoying the coming-of-age theme, yet when it came to the central love interest I didn’t gel with it. Regarding the overall mystery, I felt it was predictable but still fun, the supernatural components also entertaining.

There were cracks in the molding that surrounded the town.

← The Hunger by Alma Katsu
Monstre: Volume One by Duncan Swan →

7 Comments on “The Ghost Tree by Christina Henry”