The Hunger by Alma Katsu 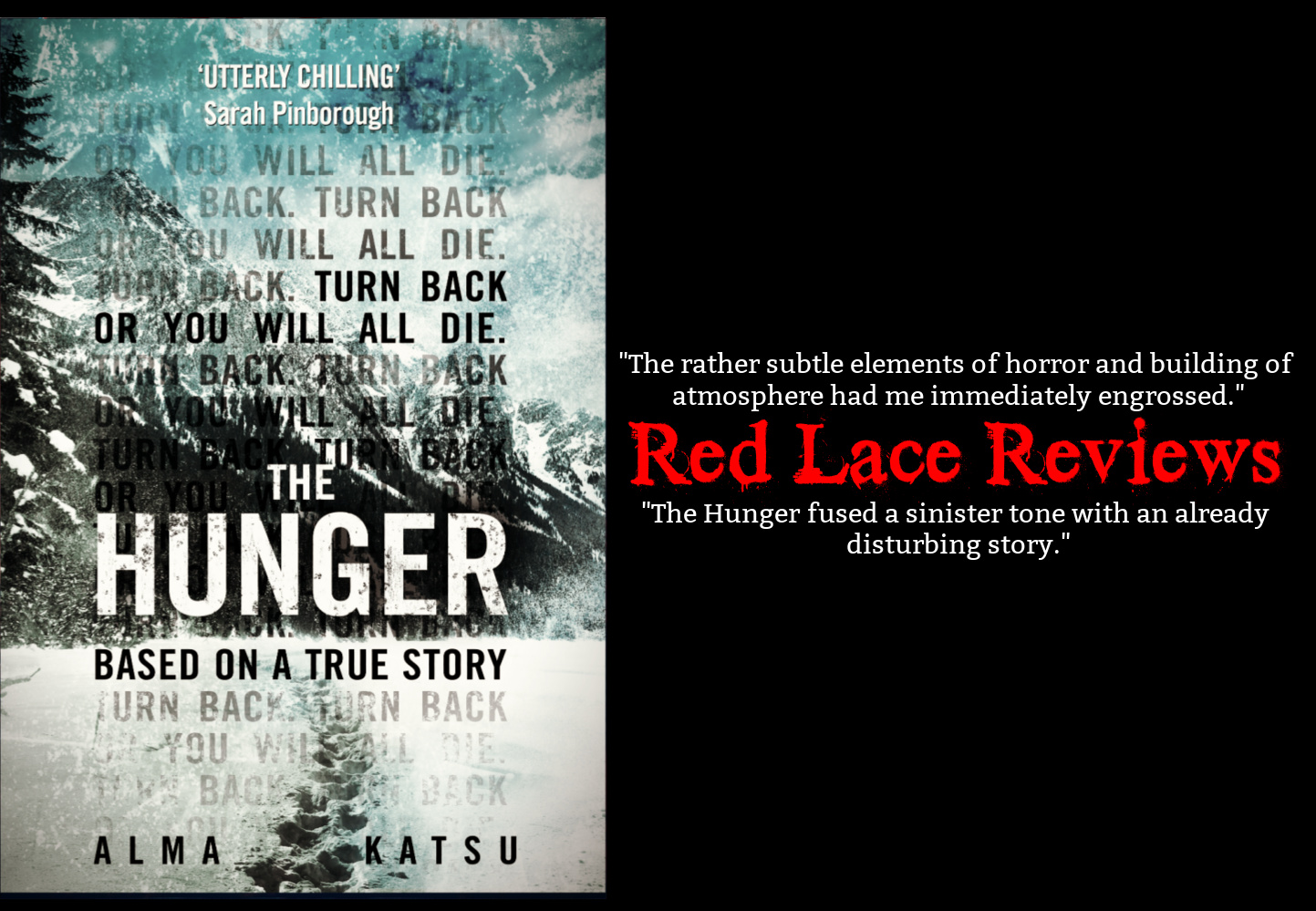 Facing two diverging paths which lead to the same destination, George Donner, the leader of the wagon train travelling to California, makes a tough decision for the entire party when he puts them on the less-documented yet shorter crossing. Heat gives way to cold, the elements against the families whose supplies are dwindling by the day, their moods plummeting just as fast. When children begin to disappear and their livestock attacked, minor disagreements turn into violent confrontations. Only a few acknowledge the outside threat, the shadows that stalk them in the harsh wilderness.

The Donner Party of 1846–1847 is interesting reading, certainly bleak, but a grand test of survival which in itself is enough to make me uncomfortable. I think on some level I knew I’d enjoy The Hunger, especially with what I’d heard from the book community and fellow reviewers; a relatively lengthy and slow burning volume (anything over four hundred pages typically intimidates me), focused on the characters and their harrowing trek to California. The rather subtle elements of horror and building of atmosphere had me immediately engrossed, and I remained dedicated to the journey until its climax. I’ll admit that it took effort, a story like this usually does with its large number of characters that are all tangled in a complex web of relationships and motives. At times I forgot who was who, especially those names that were more in the background than the fore-front. That said, because of the amount of people, there was a lot of potential for conflict, and Katsu took advantage of sowing discord amongst the group of travellers, illustrating such things as paranoia and desperation.

That was my favourite thing about the entire novel: human nature, a horror in its own right. Circumstances got dark, and there was more than enough misery to go around as the wagon train splintered. It was hard not to pick up on the foreshadowing throughout, which solidified suspense in the best possible way; Reed’s concerns, as well as Elitha’s mystical insight, pointed toward an inevitable outcome that couldn’t be avoided, no matter how much I wished for otherwise. I’m aware that in order to spin this tale, historical accuracy needed to be altered, but for the sake of dramatic fiction it was handled decently well, with obvious knowledge behind the scenes. Plausible backstories were even included to shed light on the secrets that plagued the main few protagonists, and I appreciated the fleshing out of these personalities, making them seem all the more authentic as people.

The supernatural threat went the ambiguous route, not fully confirming the specifics. I’ve read several opinions of interpretation, and I guess I came away with my own ideas – sometimes this approach doesn’t work for me, and sometimes it succeeds in what it’s supposed to do, encouraging my imagination to fill in the blanks. I really took to Alma’s writing and soaking up the mood in this instance, but there was a part of me that wished for a tiny bit more. Much of the gruesome detail took place off the page, and I can think of one development in particular that altogether skipped over the grisly bits, instead going straight to the aftermath – as creepy as it was, I just considered this a disappointment and a missed opportunity to amp up the emotions. I think those that go looking for an overly descriptive take on people eating each other would be let down.

In conclusion: Despite downplaying the elements of cannibalism, The Hunger fused a sinister tone with an already disturbing story. I was invested from the beginning, fascinated with the decline of morale and mental well-being of the fractious group of pioneers. Admittedly, I had a bit of a difficult time keeping up with all the characters, but the sheer eeriness and sense of dread, as well as the expertly penned atmosphere, kept me hooked.

“Then the Lord must be mightily displeased with you, because he has led you into the valley of death. Make peace with your Lord before it is too late, because the hungry ones are coming for you.”

5 Comments on “The Hunger by Alma Katsu”