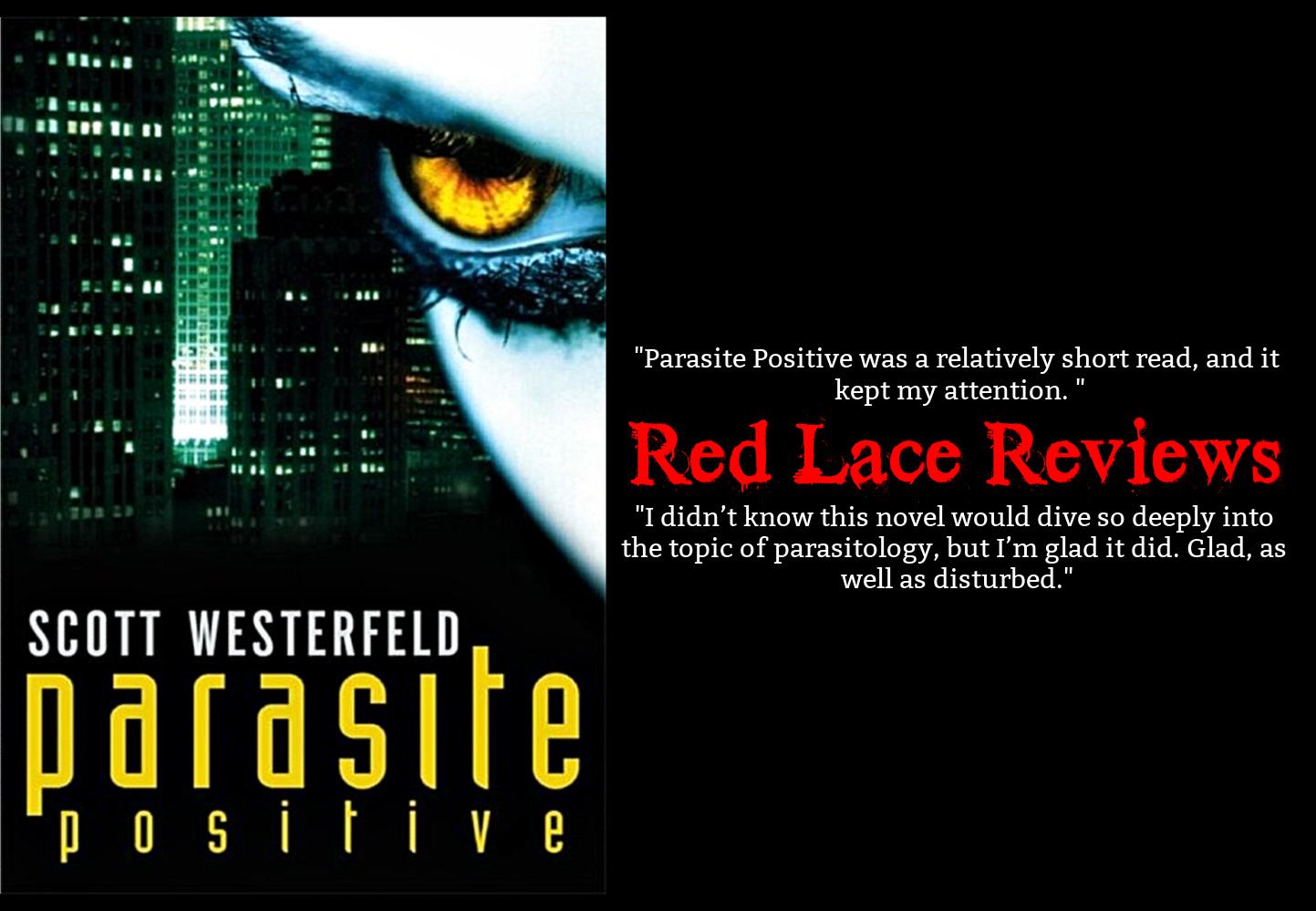 Cal Thompson’s life as a college freshman is left behind when he becomes the host of a parasite after a one-night fling, yet rather than transforming into a ravenous monster as is the usual outcome, he gains much of the benefits without the drawbacks – yet now considered a carrier, it’s his job to regulate the vampire population. On the hunt for ex-girlfriends he unwittingly infected in the past, the chase eventually leads him to unexpected places.

There’s one thing in life that equally fascinates me and disgusts me, I mean really crawls under my skin in a way that nothing can compare, and that’s the devil’s spawn known as parasites. I didn’t know this novel would dive so deeply into the topic of parasitology, but I’m glad it did. Glad, as well as disturbed. Told in the words of the main character, there were alternate chapters throughout that focused on the particular facts of a beastie in the real world – from worms to lice – and these I thoroughly enjoyed reading about despite the temporary diversion from the story itself. I even read some passages aloud to the poor souls that were in my company at the time, it was wholesome in a nauseating kind of way. I’d even go so far to say these entertaining interruptions appealed to me more overall.

I don’t read a lot of what constitutes as young adult these days, but with Parasite Positive I felt it touched on the unpleasant enough to keep me reined in, the narrative of Cal Thompson amusing and likeable – he wasn’t a bad protagonist by any means and I enjoyed his sense of humour. The only thing I’d grumble about was his somewhat obsessive focus on pretty women, but that was apparently integral to the plot due to his unique condition. The world-building was also compelling, however I do wish it had’ve spent more time on the secret organisation of the Night Watch and the peeps in general; the reader was often told of the damage the vampires could do, but none of that was directly shown. I get it, maybe scenes of cannibalism and extreme violence would have been too much for what Westerfeld was going for.

Honestly, the story struck me as a tamer version of The Strain (TV adaptation at least), with a sprinkle of Tremors. There was action and mystery, and a certain message, intentional or not, when it came to unprotected sex. Due to being rather short in length, especially with page space allocated to the informational chapters, the pace kept up decently enough. The best scenes were those that took place underground; all dark, dank and atmospheric. I like my attention being brought to that which I wouldn’t otherwise think about, and the world that lies beneath our feet definitely goes dismissed.

There were also elements I just didn’t care for, namely the romance of which lacked any semblance of chemistry, and the utter annoyance that was Lace herself. The incessant use of the word ‘dude’ got on my nerves and reminded me that I’m getting tragically old, but thankfully I was able to focus mostly on the plot rather than the painful dialogue. The attempt of a meaningful love story, especially one that’s only basis is the MC’s lack of getting laid for six months, just isn’t a required ingredient for a good book, but that’s just me.

In conclusion: Parasite Positive was a relatively short read, and it kept my attention with its first-person POV of Cal Thompson, the engaging protagonist. Despite being what I would consider fun, there were still things that didn’t work for me – the romance, and the amount of telling through the narrative when I wanted to explore more of the world Westerfeld built. Still, an interesting take on a vampiric illness, and I’m always here for that.

As individuals, even as a species – we are here on borrowed time, and death is as cold and dark and permanent as the deepest fissures in the stones we walk on.