The Blood Lights by Elaine Pascale 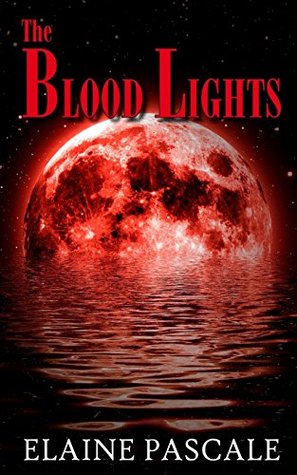 Nobody believes the Blood Lights to be a threat, for they’re unaware of their very existence. Lou Collins has sacrificed his personal life in pursuit of the truth, yet his work is regarded as fiction. Jezzie Mitchell is reminded of her brother’s vicious murder, when she observes dangerous, yet familiar behaviour. Bridgette Collins uses her knowledge to get ahead, and further her career at the expense of humanity. All are connected, and all will fall victim to the Blood Lights.

I received this book in exchange for an honest review. I thank Elaine Pascale for giving me the opportunity.

The Blood Lights, as a whole, proved quite a challenge to keep up with. I experienced moments that captivated me as well as moments that diminished my interest altogether, and one thing I couldn’t help but question throughout was its overall format; the plot frequently alternated between past and present – including diary entries and notes – while involving a large number of characters that, at times, were difficult to distinguish from each other. For me this spoiled the bigger picture, as the concept of the lights themselves and their significance really drew my interest, however the ensuing confusion transported me away from the story that Pascale was trying to tell. To be frank, I don’t pay much attention to dates in any instance, and so it felt that I was punished for not keeping them locked in mind when it was jumping back and forth in time.

Don’t get me wrong, as mentioned I was so completely absorbed when it came to certain sections. In particular, the segments relating to Leah and Joel, vacationing in Bimini, were incredibly compelling. I adore a tale that zones into one person’s experiences, gets up close and personal, and when they undergo a transformation so ghastly, it truly fascinates me. The foreshadowing was also an element that enticed me when it came to the married couple – it was done well. It’s therefore my opinion that, had the entirety of the book been solely focused on one, even two of the characters, I would have probably liked it a lot more. In its current state, whilst I believe it ambitious, I was unable to connect with the majority of those introduced. The short length of the novel was also a factor, as a lot was crammed into less than two hundred pages.

Another aspect I just couldn’t mesh with was the explanation of such a bizarre phenomenon (one that presented itself as a sickness in females). I feel that an air of mystery concerning the lights was achieved early on, however the approach in which it took to explain their creation made little to no sense. I’m not sure if this was intentionally left obscure, but that lacklustre reveal removed a large chunk of my speculation. Sometimes unknowing can be more effective than knowing. I won’t say too much here, even though I would like to.

In conclusion: The Blood Lights was beautifully written, and whilst I found the idea of mysterious lights causing a peculiar illness to be thought-provoking, I considered the payoff to be disappointing. The constant fluctuating between past and present also gave a sense of disorder. Despite the scenes I favoured being brought down by these complaints, it was worth the read overall.

In literature and the movies, rain washes away sins, regrets, and anguish: it is God’s baptismal font. In real life, it is merely a coat of paint-the scars and blemishes still exist on the walls beneath.

← Kinfolk by Matt Kurtz
Will Haunt You by Brian Kirk →

2 Comments on “The Blood Lights by Elaine Pascale”