The Window by Glenn Rolfe 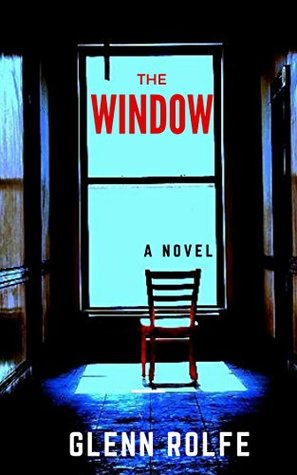 James is ecstatic to be able to return home and spend summer with his father; the loss of his old life when his parents were still together has left a hole in his heart. Now back amongst friends and discovering what could be love, James’s life couldn’t get any better. That is, until his father starts behaving strangely in front of the window.

I received this book in exchange for an honest review. I thank Glenn Rolfe for giving me the opportunity.

Possession stories have always been a big interest of mine, more so when it relates to demons rather than ghosts. There’s so much potential, and I feel that Rolfe tapped into some of that with his demonic power couple from hell. Domineus and Sanikus were tremendously entertaining, and not only because of their violent and sexual endeavours. They had history, and they had each other; an intriguing aspect considering they were evil fiends. Their connection was just one of the prominent themes throughout: family, relationships and sex took centre stage, and it honestly was a compelling take. I didn’t expect the large amount of character development and honing into the struggles of both adulthood and adolescence. There were many realistic factors to identify with, and I very much favour that genuine touch in a writer’s work.

Despite those elements that I definitely believe to be strengths, my attention drifted in particular areas. For the life of me I couldn’t completely invest myself in the long scenes of James and his friends. Yes, I found humour where humour was supposed to be found, and I appreciated the heartwarming significance of friendship, but it struck me as a little too much; the pace slowed down, therefore my excitement followed suit. My other issue didn’t come into play until later in the book, when the identity of both demons (their specific names) were found on the internet. It just seemed too easy to find that one thread of truth amongst the abundance of faecal matter that is the World Wide Web.

Due to the emphasis on sex and the young age of characters, there were some cringe-worthy moments. This isn’t a complaint from me, merely a warning to others. I know the thought of barely-teenage children partaking in sexual activities creeps me out, but I can say it was a tool that was used in both the lighter and darker sides of the novel.

My favourite part had to be the end, when everything and everyone came together. I was on the edge of my seat – that ultimate showdown was brilliant. I had no idea which direction it was going to go, nor who would make it out alive.

In conclusion: The Window was a possession tale that I enjoyed, despite the dragging of certain chapters. I loved the demons and their intermingling of the more baser instincts of violence and sex. The last portion of the book really thrilled me; that confrontation was worth the wait.

The thought that it would all go back to what it was before set his insides upon a dreadful precipice. Like he would tip at its fragile edge and fall, and never stop falling.

← Carrie by Stephen King
The Mongrel by Seán O’Connor →

3 Comments on “The Window by Glenn Rolfe”