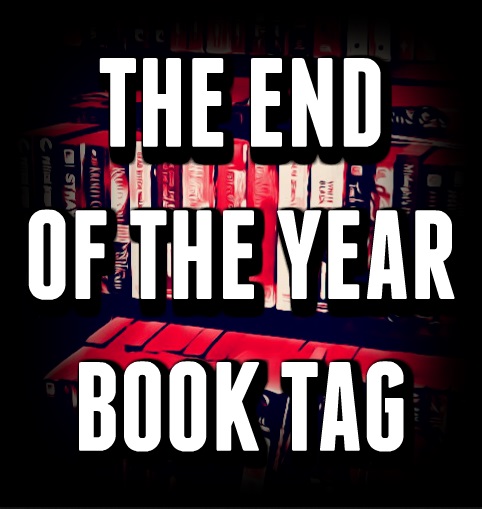 My first ever taggy-thing! My thanks goes to Becca, one of the sweetest bloggers I know. Seriously, check her out!

Are there any books you started this year that you need to finish?

I’m currently finishing up Think Yourself Lucky by Ramsey Campbell, but other than that, no. Most books I start are done within a week, more or less. There’s a few that drag on, but I always like to begin a new year with a clean slate.

Do you have an autumnal book to transition into the end of the year?

No, and I never have.

Is there a new release you’re still waiting for?

I actually don’t pay much attention to new releases. I don’t think I’ve ever pre-ordered or bought a book within its first month (if I have it’s a rarity). Sure, they may catch my eye  and I usually get around to them, but there’s so-so many already that deserve my attention.

What are three books you want to read before the end of the year?

I’ve been looking forward to Kin by Kealan Patrick Burke, The Mongrel by Seán O’Connor, and The Faithful by Matt Hayward. Unfortunately however, I don’t think I’ll be getting around to them until January due to finishing up several ARCs. They’re my most anticipated reads though!

Is there a book you think could still shock you and become your favourite book of the year?

It’s always plausible that a favourite will take me unawares, but I have my doubts. I’m an extremely nitpicky reader. In an entire year I’ve only had three five-star reads. A book needs one hell of a punch to be put on that top shelf.

Have you already started making reading plans for 2019?

Yes, actually! I’m making a promise I’ll read more of what I want. I won’t be opening the review flood gates until later in the year. This will give me time to get through the gigantic stack I’ve accumulated recently.

6 thoughts on “THE END OF THE YEAR BOOK TAG”