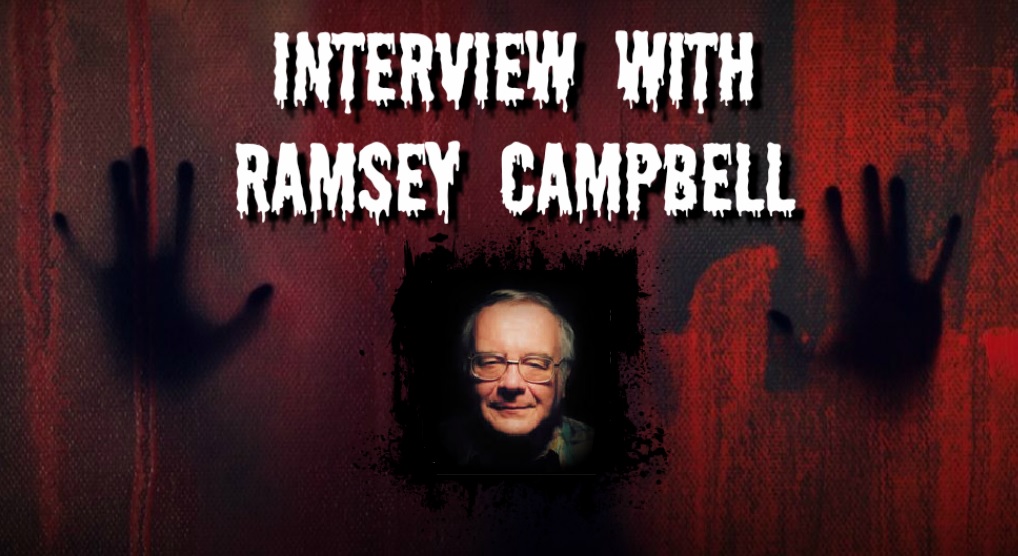 Hello, Ramsey! First of all, I’d like to thank you for taking the time out of your busy schedule to do this interview. I’m honoured to have you as one of the first author interviews ever on Red Lace Reviews. How are you, good I hope?

Pretty well, thanks, and productive – I’m just working on a short story and will do a couple more before reading through the first draft of my next novel in preparation for a rewrite.

You’ve an extensive bibliography, your first novel published in 1973, but as I understand it, you were writing long before that. I’m sure there’s many highs, as well as lows, that you’ve experienced in your writing career. Care to share any?

That 1973 book was actually my second collection – the first was published in 1964, and the first novel came in 1976. Highs – well, I sent my early imitations of Lovecraft to his publisher (August Derleth) for nothing more than an opinion, since he was an expert, and was amazed when he sent me a detailed editorial letter and a suggestion that he might publish the stories, which eventually he did. They first appeared in an anthology when I was sixteen, alongside legends from my youthful reading, not least the author of Psycho. I couldn’t have dreamed of that, nor of having a whole book out (and several later ones) from Arkham House, publishers of the likes of Ray Bradbury and Robert E. Howard and many another luminary. Decades later Weird Tales, a favourite magazine with which I’d grown up but which had been discontinued in the mid-1950s, didn’t merely publish me in its new incarnation but actually devoted an issue to my stuff, another dream I would never have dared to have. Low points – I suppose being told by my agents in the 1990s that my kind of fiction no longer sold and that I would have to shift into writing crime. I’d already written in that field, but being forced to do so was a different matter. I can’t write anything that doesn’t engage my imagination, and luckily I was able to discover personal things in the couple of crime novels (The Last Voice They Hear and Silent Children) that I set about writing. Soon enough I returned to writing supernatural horror, though, and was glad to be back.

A brand new edition of your 2014 novel Think Yourself Lucky is soon available from Flame Tree Press. Thirteen Days by Sunset Beach was also republished recently, do you feel excited all over again for these books?

When they look as good as Flame Tree has made them, very much so.

Would you consider these two particular titles the ideal point for readers to delve into your writing for the first time, and are there any others you would recommended to those not familiar with your work?

I’d hope folk might like them enough to try more. Thirteen Days by Sunset Beach involves one of the most traditional supernatural monsters, but I hope it does something fresh with it and reclaims some sense of terror. Think Yourself Lucky is more of a black supernatural comedy – a comedy of paranoia, like other tales of mine. Other books people might try – The Grin of the Dark and The Darkest Part of the Woods.

It’s a special time of year for the horror community, but some merely consider Halloween just yet another consumerist holiday. What are your thoughts, are you a fan of this spooky month?

It has always reminded me of Ray Bradbury, especially The October Country, which I read long before Halloween was really an event in my lifetime. He virtually made a season and a month and even a specific day his own. I also associate John Carpenter’s fine Halloween with it – a slasher film (if a very restrained one) but also a film that breathes the atmosphere of an American Halloween.

Do you partake in any special events or do anything different around the time of Halloween?

It’s one of those times when people – booksellers and readers’ groups especially – tend to think of me, and so I’m talking at the Literally bookshop in New Brighton that night, and at the Write Blend bookshop in Waterloo on Merseyside the day after.

Have you ever dressed up in costume for Halloween? If so, tell us a bit about your chosen creature / individual and why you decided to represent them.

No indeed. My face is fearsome enough.

Are any of your books inspired by Halloween? Also, in your opinion, what book of yours would be the perfect companion for this time of year?

I’ve written a bunch of Halloween stories over the years – “The Trick”, “Apples”, “Her Face” – but no novels. Maybe folk might find my haunted house novel Nazareth Hill (aka The House on Nazareth Hill) might keep them ghostly company.

What will you be reading this month, have you saved anything special to get you into the October mood?

I haven’t saved anything as such, but I wouldn’t be surprised if I end up reading a tale or two by M. R. James, the great master of spectral terror. And I’m sure we’ll watch some appropriate films – perhaps my all-time favourite horror film, Night of the Demon (imminent on Blu-ray from Indicator, though I should warn folk that the most horrifying element may be the sight of me in high definition as one of many extras on the disc).

Lastly, do you believe the traditions, and even the origins of Halloween have been widely forgotten by most individuals in this day and age? What are your thoughts regarding this?

I fear commercialism has rather overtaken the occasion, but who knows if the occult may take its revenge. Be careful when you remove that Halloween mask in case the face beneath may no longer be your own…

Any closing thoughts? Once again, I thank you for taking the time to answer!

Thanks for having me, and why does that shadow behind you feel like a cobweb? 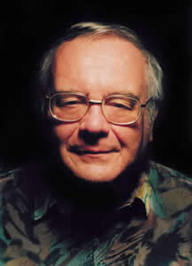 Ramsey Campbell is a British writer considered by a number of critics to be one of the great masters of horror fiction. T. E. D. Klein has written that “Campbell reigns supreme in the field today,” while S. T. Joshi has said that “future generations will regard him as the leading horror writer of our generation, every bit the equal of Lovecraft or Blackwood.”