The months are going by fast! Soon enough, it’ll be the end of the year again. Yikes. 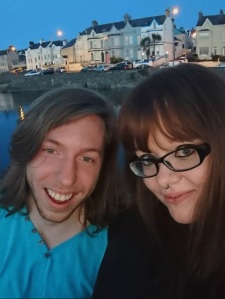 This month, our household was blessed with a visit from a friend. He stayed for a week, until going back to his Belgian homeworld. We showed him as much as we could of our Northern Irish ways. I think he enjoyed himself. I hope he did.

Of course we took him to the bookstore, hence my July Book Haul! Apparently they don’t have large bookstores in Belgium, who knew?

Other than reviewing some pretty decent books this past month, I also decided again to branch out with Creepypasta Time: Origins and a review of Everglade by Missing Woman Films (Short Film). It’s way different to review something on-screen, but I liked doing it. More to come in that regard!

Solitary by Alexander Gordon Smith – This was the second installment of the “Escape from Furnace” series. I think I’ll always have certain issues with it overall, but I can’t deny the entertainment it provides. Being YA, it still has disturbing aspects that I find compelling enough to draw me back.

The Shatter Point by Jon O’Bergh – My review of this book can be read here! I give my thanks again to Jon O’Bergh, who contacted me and expressed his interest in sending me a review copy. I had both my likes and dislikes about it, and I tried my best to go into detail.

Cats Like Cream by Renee Miller – I was in the mood for something a little shorter, and this didn’t disappoint. I remember seeing it on my Twitter feed; a few people had enjoyed it. I can’t say I like the cover much at all, but the story it holds is deliciously messed up.

A Gathering of Crows by Brian Keene – The monthly group listen of Horror Aficionados! To show support to the author, it was specifically themed around his works. I even went against my own OCD tendencies when this particular one was chosen, as it’s number three in the series! It’s true that they can be read independently of each other, but the character of Levi remains a prominent figure throughout. Even though it wasn’t a favourite, I still want to read / listen to the others! 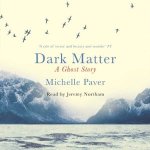 The Butterfly Garden by Dot Hutchison

The Shatter Point by Jon O’Bergh

What about you? Were you able to get in some exciting reads?