The Shatter Point by Jon O’Bergh 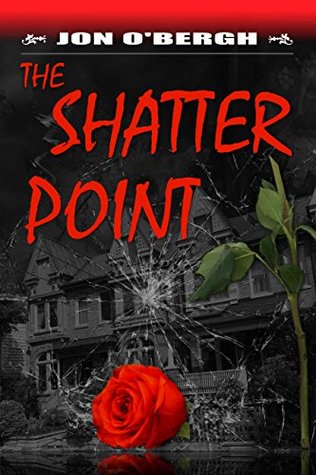 Asher wants nothing more than to impress his girlfriend, whilst she wants nothing more than to gain esteem through social media. Then there’s Donna and Phil, new to Acacia Lane and eager to embrace their love of Halloween and all it represents, much to their neighbour’s displeasure. Unknown to them all, something will inevitably bring them together, and possibly even bring chaos to their uneventful lives.

I received this book in exchange for an honest review. I thank Jon O’Bergh for giving me the opportunity.

It was quite apparent that this one was going to differ from my usual fright-fest reads, but I wasn’t aware of just how much until I delved right in. Whilst there were subtle elements of the paranormal, which related to some very brief ghostly activity, it certainly didn’t try to induce discomfort or fear. Instead, it used the haunting aspects as a tool to express loss and perhaps even as an attempt to foreshadow what was to come. The story focused entirely on the characters and how their lives, in one way or the other, became inexplicably connected due to one very interesting establishment; Horror Place. The concept of Horror Place became of interest to me, as I recall seeing something quite like it on the internet – extreme experiences people actually sign up for, that can include very authentic forms of abuse. At first, I was under the assumption that Horror Place and the spirit would have been interconnected, but that was not the case; in actuality, only a small portion took place within the confines of Horror Place itself, despite it being of utmost importance overall. I found myself a little disappointed at this, as I wanted to read more of the creative yet harsh encounters that spurred its popularity, but I understand it wasn’t that sort of book.

Each person that O’Bergh introduced differed largely in personality and intentions – some were likeable, whilst others resided upon the other end of the spectrum. I liked that, throughout the plot, every single one of them were forced to overcome obstacles, and even though the book itself was rather short, I believe I was able to get to know them sufficiently well. What made them relatable were their many flaws that took centre stage; the obsession with social media where likes equal happiness, family troubles relating to money, and the secrets a neighbourhood can hold. My favourite had to be Asher, followed by Donna, as they both were legitimately nice people that were ultimately ruined by others. There’s no mystery behind my least favourites, as the way in which they were written portrayed them to be the most problematic individuals.

Despite getting to know the array of characters, I couldn’t help my interest dwindling just after the fifty percent mark. I suppose I just expected a bit more to happen, other than the mundane of everyday life. I was aware it was all leading somewhere, possibly to something going severely wrong, but it felt like an impossibly long time before it came about. It’s what I would call a slow burn, and I can’t say it kept a tight grip on my attention.

The ending certainly did surprise me, I’ll give it that. I really didn’t see it coming and I’m usually quite perceptive of hints and suggestions along the way. Despite the initial shock, I can’t say it made much sense to me, as after much contemplation I found myself questioning the likelihood of such crimes going unsolved. I won’t go into specifics, and maybe it’s just my tendency to overthink, but I feel it could have been better.

In conclusion: A story that spotlights the pushing of limits and the consequences related to such. It did have its charm, but it fell a little short in some regards. Perhaps not what I’d normally read, but I thought I’d give it a chance.

Hands could create achingly beautiful melodies that stretched the rules of harmony, but they could also enact savage vengeance. Asher chortled at the paradox.

2 Comments on “The Shatter Point by Jon O’Bergh”